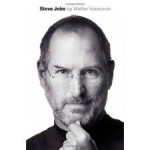 Author: Walter Isaacson
Synopsis: Biography of Steve Jobs.  A very complex character, the book highlights his warts and all personality.  Despite his poor treatment of people throughout his life, by creating conditions for success and through his achievements in many cases even colleagues and adversaries who fell out with him came to respect him.

Personality:
– charismatic: to increase charisma learnt to stare without blinking and create awkward pauses in conversation which he then filled w/ bursts of intense convo
– short tempered and volatile: would scream, swear and shout at people and even cry if things went against him
– empathy: apparent little empathy for feelings of others (incl. family) yet seemed to understand ppl v. well and used this to critise them
– binary: people either bozos or amazing
– reality distortion field: refused to accept things that he didn’t want and ignore completely certain aspects (poss. made cancer worse by delaying treatment)
-> potentially learnt this from Robert Freidland who since went on to become a billionaire miner
– makes biography challenging due to Rashoman effect (subjectivity of perception on recollection)
=> leadership: by mixing temper, reality distortion and creating teams only w/ A players led teams to achieve seemingly impossible tasks

Work:
– design: thin is beautiful and liked austere by friendly design, loved Japanese Zen Buddhism e.g. Saiho-Ji (moss temple)
– PMO: would not release a product until it was perfect
– Company balance: if sales run the company => product ppl turn off
– Customers: job is to figure out what they want before they want it. “If I’d asked the customers what they wanted, they’d have said a faster horse”, H. Ford

Other
– diet: consistently used extreme diets, fasting and purging e.g. only eating apples for 2 weeks, believed fasting could create euphoric effect
– quotation: “If you’re not busy being born, you’re busy dying”, Bob Dylan
– views on future: biggest innovation of 21st century will be the confluence of biology and technology
– lapidary xx: Marked by conciseness, precision, or refinement of expression